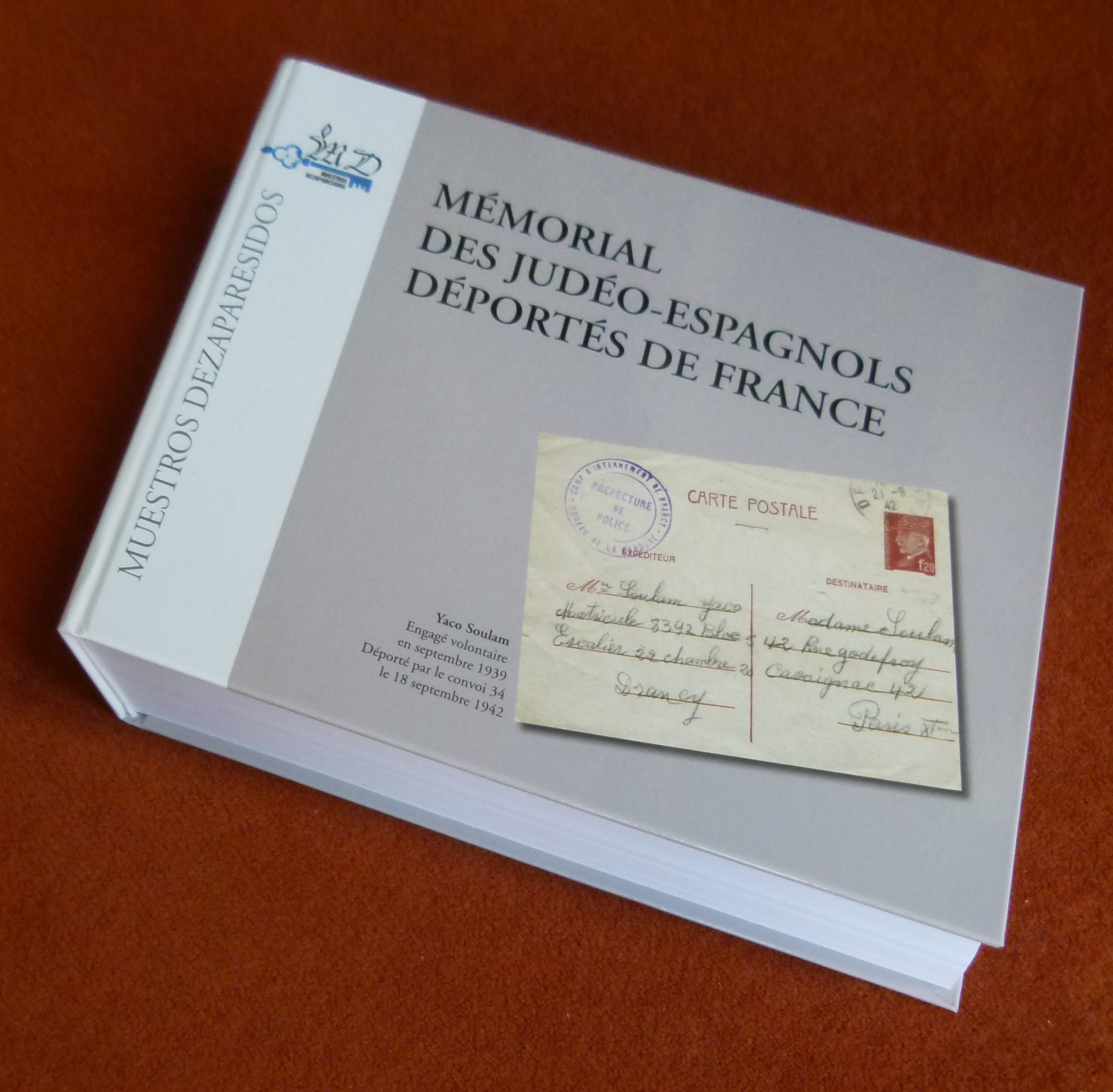 Until the beginning of the German occupation of France in 1940, there were approximately 35,000 Judéo-Espagnols living in France, Jews who had immigrated to France from the territory of the former Ottoman Empire, from the Balkans and the Levant. By virtue of their language, Judéo-Espagnol or Judezmo, which they had retained ever since their expulsion from Spain, as well as by virtue of their common history and traditions, they constituted a community of their own. In many cities in France, they established their own communities and founded synagogues and cultural associations, while at the same time taking part in French public life. In terms of numbers, they constituted a larger group than the Jewish population of many European countries. During the Shoah, more than 5,300 Judéo-Espagnols from France were deported and killed by the Germans. But for a long time their fate was not perceived as the common history of a specific group and remained one of the unexplored chapters of the Shoah.

The book Muestros Dezaparesidos closes this gap. It is the result of more than ten years of collective work by a group of volunteers and historians who have gathered testimonials and accounts by survivors as well as archival holdings in order to save the history and fate of the Judéo-Espagnols from oblivion. The book contains the names of the 5,300 Judéo-Espagnols who were deported from France, of those who were shot and killed, and of those who died in French camps. It also contains short biographies of about seventy of the deportees, supplemented by testimonies in French or Judezmo.

But Muestros Dezaparesidos is much more than a memorial book.
The historical first part, which comprises almost 350 pages, traces the group’s distinctive history. It examines their situation in the latter-day Ottoman Empire and its successor states and describes their settling in France as well as the diversity of Judeo-Spanish life in their new home country and the expectations they had of it. It then goes on to depict in detail the conditions of exclusion and persecution the Judéo-Espagnols faced under the German occupation and the Vichy regime and takes a close look at their distinctive situation, which resulted from the fact that many of them were, or had been, citizens of countries that were either neutral or allied with Germany (Turkey, Spain, Portugal, Bulgaria, Romania, Italy). Finally, it outlines the conditions the survivors faced after their liberation. In an original contribution to research, the work also contains a chapter on the participation and roles of Judéo-Espagnols in the resistance against the Nazis.

Extract from the preface by Serge Klarsfeld:

The result of these efforts is a remarkable reference book that closes a huge gap, just as the publication of “Mémorial de la Déportation des Juifs de France” did in 1978. This volume about the Judeo-Spanish world is essential reading for an understanding of the specific suffering of this community during the Shoah.

This is a remarkable publication, the result of painstaking work over many years to illuminate the little-known fate during World War II of Jews originating from the lands of the former Ottoman Empire in France. Over 5000 hailing from the primarily Judeo-Spanish communities of the Levant and their descendants were deported by the Nazis to death camps. Many excellent chapters illustrate the various aspects of this tragic history. The book also provides a full list of the names of the deportees. This outstanding work of scholarship is a moving memorial to those members of these communities whose lives were cut short during the Holocaust.

Rena Molho, Professor at the Panteion University at Athens:

Among all the commemorative volumes dealing with the destruction of the Jewish Communities of Europe by the Nazis that I have seen, the “Memorial of the Judeo-Spanish Sephardim deported from France” stands out as an extraordinary achievement of serious historical research, made accessible to the general readership and to educators seeking an all-inclusive bibliographical and archival tool. (....)

Beyond its mission as a Memorial, what is most important about this work is that it is the first comprehensive piece of group research that has finally put to light the terra incognita of the fate of the Judeo-Spanish population of Europe, a subject unknown to most, both in the Jewish and the non-Jewish world. Precisely for this reason it lays the ground for new fields of Holocaust research and learning and ultimately enriches the historical consciousness and political awareness.

The book won the 2020 Prize for History Books about the Second World War awarded by the Ernest and Claire Heilbronn Foundation.

To order, go to: muestros.dezaparesidos@gmail.com  or: