Call for Papers: "The Holodomor in Global Perspective" (University of Cambridge, June 22-23, 2022)

Call for Papers (CFP): “The Holodomor in Global Perspective”

The Holodomor in Global Perspective

A burgeoning field of academic inquiry, Holodomor Studies has come to occupy an important space in Soviet, East European, and Eurasian scholarship. The 1932-1933 famine in Soviet Ukraine, now commonly referred to as the Holodomor, took the lives of millions in one of the most deplorable and tragic events of the twentieth century. While considerable scholarship has been dedicated to the subject, the role of this famine in global history has yet to receive serious attention. Indeed, the famine was of such a scale that it affected global economics, politics, and international relations. It was covered in hundreds of press accounts internationally, debated and discussed by world governments, and became a crisis that drew the attention of humanitarian aid and relief groups on nearly every continent.

This conference invites proposals from scholars interested in examining the 1932-1933 famine in global perspective. We invite submissions focusing on any aspect of the Holodomor that contributes to an understanding of how the famine shaped, and was shaped by, global processes at work during the interwar period. Proposals are welcome from scholars from any academic discipline and may include, but are not limited to, the following subjects:

Directions for submitting a proposal

If you are interested in presenting a paper at this conference, please submit an abstract of no longer than 500 words and a short bio by Friday, February 11, 2022. The working language of the conference will be English. Accepted particpants will be notified of their selection by late February. Proposals may focus on one of the areas specified above or propose new directions for the study of the Holodomor in global perspective.

Selected participants must submit their papers two weeks before the conference. A publication of the presented papers is planned. Organizers of the conference have arranged funds to offset some of the costs of participant accommodations, meals, and travel expenses. The organizers are grateful to the Holodomor Research and Education Consortium, the Leverhulme Trust, and the University of Cambridge for their generous support. 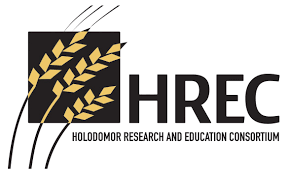