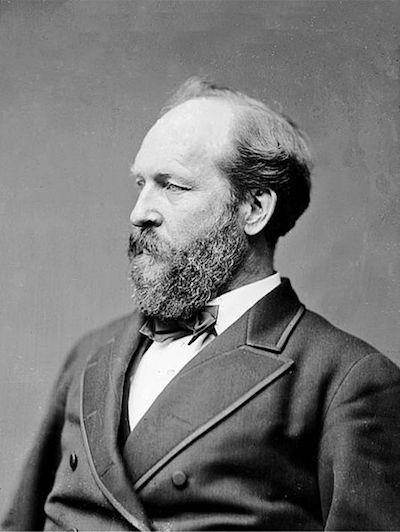 The National Park Service will be unveiling two temporary waysides interpreting the 1881 assassination of President James A. Garfield on Monday, November 19, at 10:30 a.m. on the National Mall in Washington, D.C.

The waysides, located on the mall within the historic footprint of the Baltimore and Potomac Railroad Station, will interpret the July 2, 1881, shooting of President Garfield, and touch on his lasting contributions as a public servant. The assassination site is the only one of the four presidential assassination sites not currently identified and interpreted.

The effort to interpret the site has been a joint undertaking by National Mall and Memorial Parks and James A. Garfield National Historic Site. Employees at each park along with noted Garfield historians have worked to develop the interpretive panels. The waysides will be installed on the National Mall just south of the National Gallery of Art’s West Building’s south entrance, from November 19 to July 2, 2021.

James A. Garfield was born on November 19, 1831, near Cleveland, Ohio. He served nine terms in the U.S. House of Representatives before being elected the 20th President of the United States. Just months after taking office, Garfield was shot in the back and arm while preparing to leave Washington on July 2, 1881. While the wounds were not immediately fatal, poor medical treatment led to his death on September 19, 1881.

The man convicted of shooting the president, Charles J. Guiteau, a disgruntled officer seeker, was executed by hanging on June 30, 1882.

President Garfield’s life of public service as President, U.S. representative, Major General of Volunteers, and a state senator are commemorated at monuments and memorials throughout the nation including Garfield Circle, just steps from the Capitol, and James A. Garfield National Historic Site. The site, located in Mentor, Ohio and preserved by the National Park Service, features President Garfield’s home from which he conducted the first-ever “front porch campaign.”