Free Film Streaming and Talk! The Women Outside and Camp Arirang: Anti Asian Misogyny and War

Free Event! The Women Outside and Camp Arirang: Anti Asian Misogyny and War 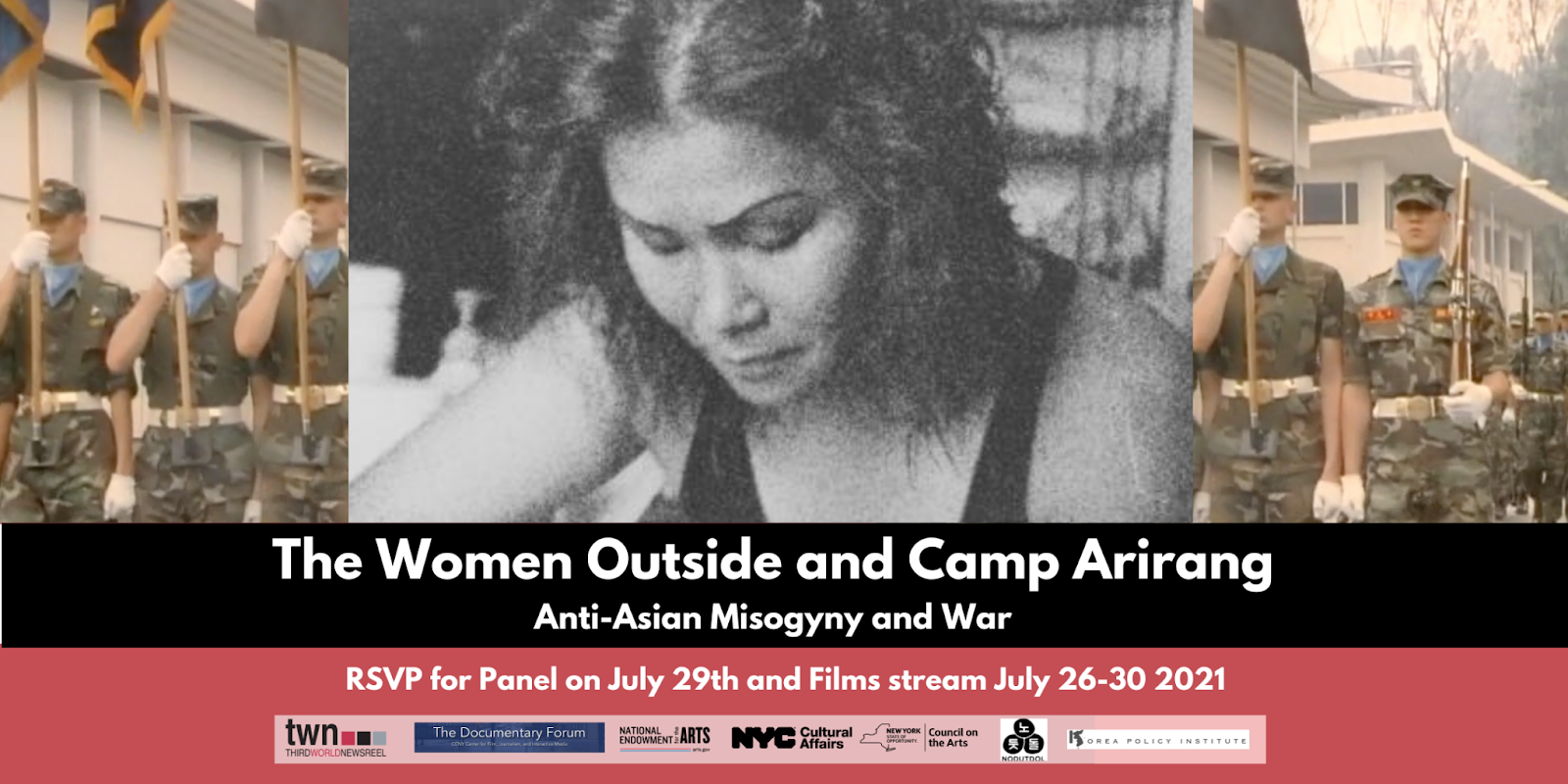 Join Third World Newsreel as we view two historical films about the U.S. military in Korea - The Women Outside and Camp Arirang

2021 is the 71st anniversary of the Korean War - which has yet to end, as no peace treaty has ever been signed. 28,500 US troops remain in South Korea, on 15 bases along with additional installations. The US military has been in place since the 1950-1953 fighting, initially to "protect against possible invasion from the North" but now, with a broader mandate to protect US interests in Asia against all - including China. What has been the cost - to the Koreans, to the communities who have been evicted as bases enlarge, to the women who work in the camptowns surrounding the bases - and the related impact on Anti-Asian racism, misogyny and violence?

Korea is our focus in this program, but the U.S. military has bases in the Philippines, Guam, and Okinawa, accompanied by a long history of crimes and violence against communities, mostly protected against prosecution. Call Her Ganda (2018, PJ Raval) followed the Filipino community's recent struggle for justice for Jennifer Laude, who was murdered by a US serviceman, evidence that the situation is ongoing.

Join Minju Bae, scholar/activist, Emily Yoon, poet, Joyce Kim from Durebang, a women's organizing and support group in the Korean camptowns, Salonee Bhaman of the Asian American Feminist Collective and others for a talk about the films, the situation in Korea and Asia and the connections to Anti-Asian misogyny and violence that has resurfaced strongly in this country. At the beginning of the program we will also show a trailer from a new film about conditions in the Korean military base camptowns.

With your RSVP, you will receive links to the two films, The Women Outside and Camp Arirang available to view between July 26th - 30th; and a link to the talk on Thursday, July 29th at 7 PM ET on Zoom.

The Women Outside: Korean Women and the US Military (60 min,1995, JT Takagi and Hye-Jung Park)

Documenting the lives of women who work in the South Korean military brothels and clubs where over 27,000 women "service" the American soldiers stationed in the most militarized region of the world, the film follows their journeys from the outskirts of Seoul to the inner cities of America.

A gritty look at the camp towns surrounding U.S. military bases in South Korea, following Yon Ja Kim, a charismatic 50-year-old former sex worker through American Town, a government-subsidized entertainment district for U.S. airforce personnel. Now a missionary devoted to aiding sex workers and running a daycare center for fatherless children, Ms. Kim takes the audience on a journey into her own past.

This program is being presented by Third World Newsreel, Nodutdol for Korean Community Development, the Korea Policy Institute and is co-presented by the Documentary Forum at CCNY