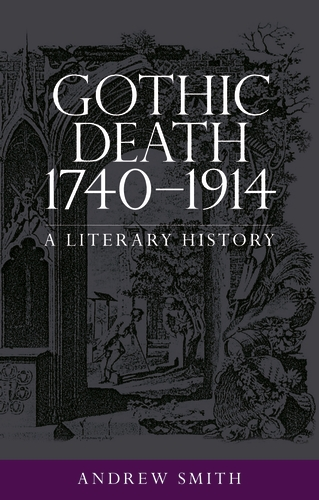 As we moved into the colder and longer nights of winter, the Book Channel find this the perfect season to delve into some of the recent scholarship on Gothic literature. Readers’ imaginations drift late into the dark nights pondering this season of stillness. Andrew Smith peers deeply into this darkness to explore nineteenth-century ideas of death and grief in his essay commissioned by the Book Channel. He is the author, editor, or co-editor, of nineteen volumes of criticism on the Gothic and is a past president of the International Gothic Association. Currently, he is Reader in Nineteenth-Century English Literature at the University of Sheffield. His recent works include, Gothic Death 1740-1914: A Literary History. Manchester University Press, 2016 and the edited volume The Cambridge Companion to Frankenstein. Cambridge University Press, 2016. --Assistant Editor Jacob C. Jurss

How to think about death in the context of romanticism has become a topic of recent critical debate—one that has moved the discussion beyond consideration of the elegiac impulse in romanticism to explore more widely how romantic models of mourning influenced a later generation of poets. Mark Sandy in Romanticism, Memory, and Mourning (2013) explores how grief and mourning were negotiated by a range of romantic poets who influenced how later poets, such as Alfred Lord Tennyson, Thomas Hardy, and W.B. Yeats, articulated feelings of loss. Paul Westover in Necromanticism: Travelling to Meet the Dead, 1750-1860 (2012) examines how the graves of the literary dead became objects of pilgrimage, which generated a shared literary culture that was grounded in honoring the dead. How the dead might be represented in a largely, although not exclusively, Gothic prose tradition provides a helpful way of rethinking the place of the dead in the culture of the long nineteenth century. 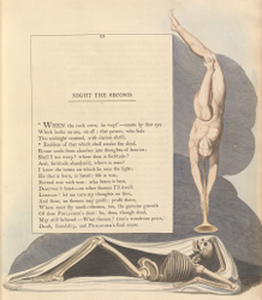 It might seem obvious to assert that the Gothic has an interest in the death drive, but a close exploration of the connection between death and the Gothic indicates a rather different picture. In Gothic Death 1740-1914: A Literary History, I argue that graveyard poetry, which was a precursor to the late eighteenth-century Gothic, suggests that death should not necessarily be regarded as a topic of “horror.” Edward Young, for example, in Night Thoughts (1742-45) emphasized the ability to perceive our place within a divine cosmos in which death merely functions as a moment of transition to a spiritual realm. Young took this further in “Conjectures on Original Composition” (1759) in which he suggested a link between death and creativity, as both require an imaginative engagement with divine inspiration. Eighteenth-century critics, such as Adam Smith and Edmund Burke, claimed that the dead inspire empathy in the living as we come to pity their plight. Death, in other words, does not function as a source of horror and this is also clear from how death is represented in a number of Gothic texts as a symbolic force that requires an imaginative act of interpretation. Indeed, we might say that in the eighteenth century death in the Gothic was repeatedly associated with acts of creativity, while in the later nineteenth century death became transformed into a topic requiring scientific scrutiny. The text that bridges this moment is Mary Shelley’s Frankenstein (1818). 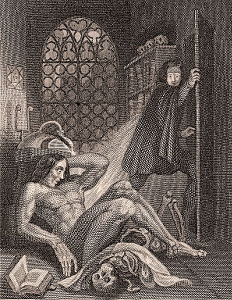 In the 1831 preface to Frankenstein Shelley dwelled on the pressure she was under to create a story after the famous ghost story reading competition at the Villa Diodati in the summer of 1816. She recalled that she was asked, “‘Have you thought of a story?’… and each morning I was forced to reply with a mortifying negative,” until she had a dream in which:

I saw the pale student of unhallowed arts kneeling beside the thing he had put together, I saw the hideous phantasm of a man stretched out, and then … show signs of life, and stir with an uneasy, half-vital motion.

This nightmare vision indicates the novel was, if we take Mary at her word, inspired by an image of death. Literary creativity, in this instance, was thus rooted within a vision of the dead. The creature’s construction was also, within the novel, repeatedly represented as a creative act. The creature becomes like a literary text who is assembled from various sources. Significantly the novel indicates that the creature is not just assembled from body parts, but he is also intellectually assembled by reading lessons grounded in some of the big books of the Western tradition, including Marquis de Volney’s Ruin of Empires (1791), Plutarch’s Parallel Lives (ca. 120), Johann Wolfgang Goethe’s The Sorrows of Young Werther (1774), and perhaps most important John Milton’s Paradise Lost (1674). The creature is therefore a bookish composite whose construction implicates romantic conceptions of the creative imagination, meaning that Victor Frankenstein is cast as a scientist who resembles an author (and Victor’s name is telling in that regard, as it was the nickname of Mary’s husband Percy Shelley). 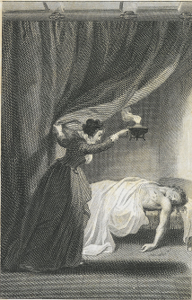 Frankenstein can be read as the culmination of a romantic Gothic tradition, which had suggested that representations of death, and the moods associated with it, depended on acts of creativity. Ann Radcliffe, for example, in The Mysteries of Udolpho (1794) invoked a muse of melancholy “To paint the wild romantic dream, / That meets the poet’s musing eye” to summon a mood, a process that tacitly grants a literary provenance to feelings of melancholy. Frankenstein takes this one step further by also emphasizing the important role of the reader (not just the writer). The creature is, after all, a reader. The text of the novel also purports to be a letter, written up by Robert Walton who is sending it to his sister. Frankenstein thus bridges a historic development in representations of death in the Gothic as it brings together images of writing (Mary’s agonized account of artistic inspiration in the 1831 preface, and how that is worked through into the novel) with issues of reading. This shift to the reader in relation to death is illustrated by the work of Edgar Allan Poe.

Poe’s tales “Mesmeric Revelation" (1844) and “The Facts in the Case of M. Valdemar" (1845) explore death-like states through a quasi-scientific analysis that Poe was to elaborate in his long essay Eureka (1848). Death in Poe, in keeping with the earlier Gothic tradition, is really about something else as the tales focus on the limitations of a scientific evaluation of death. Death is, again, not a source of obvious horror (although the dead body may be) but rather an object for scientific scrutiny. Eureka suggests that death might not be the end, as scientifically considered atomic life cannot be destroyed, and may even be positively recomposed in some form of physics-sanctioned resurrection. The fin-de-siècle Gothic also construes death as a problem of interpretation and this is clear in how death is represented in Bram Stoker’s Dracula (1897). 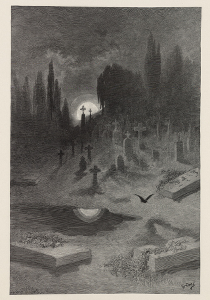 In Dracula the key scene is in the graveyard at Whitby where the aging Mr. Swales tells Mina Harker that, “‘There’s something in that wind … that sounds, and looks, and tastes, and smells like death.’” This intimation that Count Dracula is on his way indicates that the Count is the personification of death who is about to arrive in Whitby, a place associated with the Jet industry which produced funerary jewellery. Decoding the Count becomes, at a symbolic level, a way of explaining away death. Dracula may seem to represent death as Gothic, but in reality the novel suggests that what is horrific is that the dead won’t stay dead. Death is a release in Dracula, which is clear from the moments of peace that flicker across the faces of the staked vampires.

The dead do not in the end function as sources of horror in the Gothic. They become a device through which to explore ideas about the creative imagination, or to explore the limitations of scientific analysis, or to suggest that there is ultimately a fate worse than death.