CFP: Historicizing the Images and Politics of the Afropolitan, Radical History Review

Historicizing the Images and Politics of the Afropolitan

A Call for Proposals from the Radical History Review 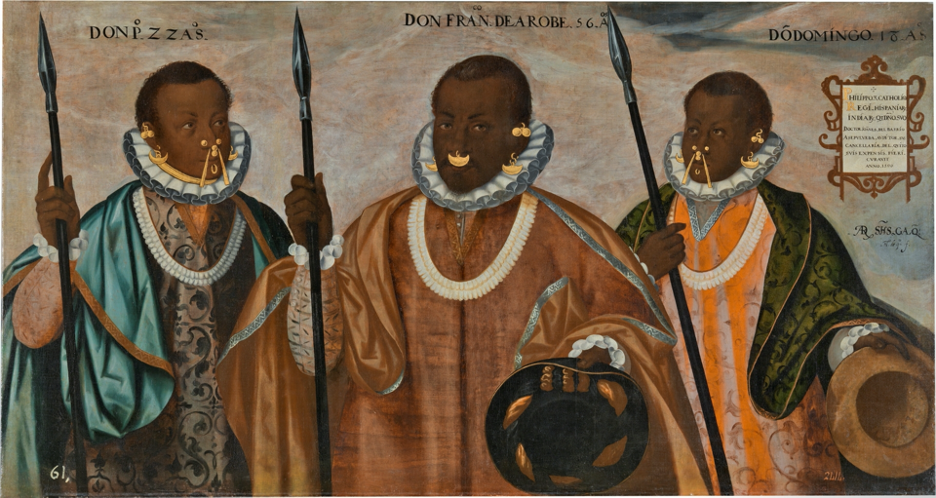 Radical History Review seeks contributions that examine the idea of the Afropolitan, derived from the prefix Afro, for African, and polis, the Greek word for “citizen.” Achille Mbembe’s 2007 essay describes Afropolitanism as an ability “to domesticate the unfamiliar, to work with what seem to be opposites” while explicitly refusing “victim identity.” Though Mbembe emphasizes heterogeneity in Africa, most scholarship focuses on the flow of Africans and African cultures between global megacities. In popular media, the term appears in magazine titles, art exhibits, and albums, highlighting fashion, consumer culture, and networks of capital. A powerful visual aesthetic accompanies this focus on urban landscapes, the arts, and gendered bodies. Yet, studies of the Afropolitan have not engaged with the deep history of mobility within and beyond Africa. Nor have historians contextualized fully the expansive global African diaspora.

A 1599 painting titled, “Los tres mulatos de Esmeraldas” (The Three Black Gentlemen of Esmeraldas) can serve as a departure point. Painted by Indigenous artist Andrés Sánchez Gallque in Quito, Ecuador, it demonstrates how people of African descent always countered European representations of blackness. The figures in the painting, Don Francisco de Arobe and his sons were of African and Indigenous descent and combined Spanish dress with Chinese silks, gold, and local adornments. The artwork was a gift to the Spanish king to celebrate the conquest of Esmeraldas, yet the region was famous for its maroon settlements and the self-fashioning of the three men suggested more than simple submission or subjugation. Thus, this painting evokes several themes related to the Afropolitan such as performance, histories of slavery and colonialism, and transcending borders. Still, some themes remain elusive. The painting barely hints at the Indigenous mother of the two sons or the importance of women in maintaining maroon communities. Indeed, the role of women, children, femininity, and trans identities in defining the Afropolitan is a theme we seek to explore in this volume. In broadening the time and geography of the Afropolitan to include the global history of empire and gender and sexuality, we seek to deepen and problematize the understandings of the Afropolitan with the stories of historical actors who have been “domesticating the unfamiliar” for a long time. Today’s Afropolitans build upon that space others before them created.

We expect to focus on the eighteenth to twentieth centuries, but invite submissions from earlier periods. The Atlantic World is a primary site of the Afropolitan and we seek proposals treating all Atlantic regions, including the Caribbean and Latin America. We also are eager for projects on the Indian Ocean or Mediterranean Worlds, for example, that may decenter an Atlantic emphasis. Possible topics include:

Procedures for submission of articles:

The RHR publishes material in a variety of forms. We welcome submissions that use images as well as text. In addition to articles based on archival research, we encourage submissions to our various departments, such as Historians at Work; Teaching Radical History; Public History; Interviews; and (Re)Views.

By February 1, 2021, please submit a 1-2 page abstract summarizing your potential article as an attachment to contactrhr@gmail.com with “Issue 144 Abstract Submission” in the subject line. By March 15, 2021 authors will be notified whether they should submit a full version of their article for peer review. Completed articles will be due on July 1. Those articles selected for publication after the peer review process will be included in issue 144 of the Radical History Review, scheduled to appear in October 2022.