The Alliance for Puerto Rican Education and Empowerment is pleased to publish a new study guide to accompany the educational film MAKING THE IMPOSSIBLE POSSIBLE: THE STORY OF PUERTO RICAN STUDIES IN BROOKLYN COLLEGE.

More about the film and tour: 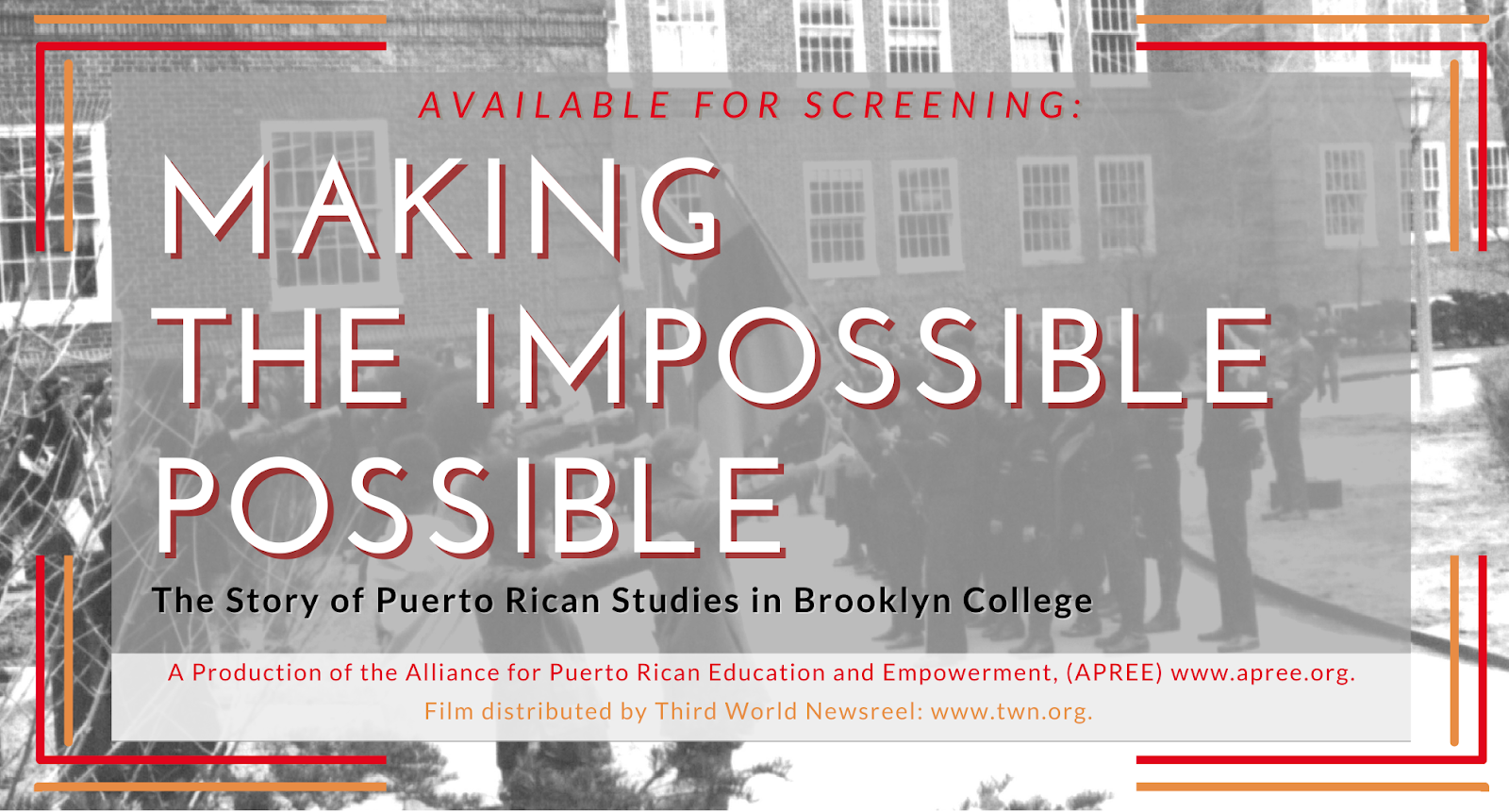 Making the Impossible Possible chronicles the story of the student-led struggle to win Puerto Rican Studies at Brooklyn College, CUNY, in the late 1960s. Together they changed the face of higher education, transforming the curriculum and expanding who gets educated. The film sheds light on the 50-year history of struggle that started with the founding of one of the first Puerto Rican Studies departments in the nation, and documents the continued movement to maintain their gains. An APREE film production and distributed by Third World Newsreel.

What people are saying about the film:

“Fantastic film! The story of the formation of the Puerto Rican Studies Department at Brooklyn College became the model for similar critical curricula adopted by many Universities and Colleges around the U.S., some of which remain in place today because of the activists and scholars captured in this film.”
- Michelle Materre, Founder and Director, Creatively Speaking

“This film illustrates how Brooklyn College students built unity and connected to the Puerto Rican community. This film hit at the heart of why we need ethnic studies and they – these young PR pioneers – were at the helm in the 1960’s. Palante!”
- Blanca Vazquez, Hunter College Adjunct Professor, PSC CUNY Executive BD

“What a powerful film! I'm so honored to know this legacy through all of your stories. Thanks for the inspiration.”
- Dr. Anna Ortega-Williams, Asst. Professor, Hunter College