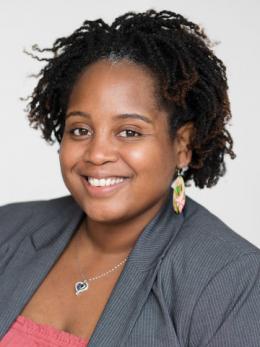 Associate Professor of Africana Studies and Comparative American Studies Yveline Alexis has taught at Oberlin since 2013. In 2011, she earned her Ph.D. in History and Latin American, Caribbean, and Latino/a Studies from the University of Massachusetts-Amherst with her dissertation titled Nationalism & the Politics of Historical Memory: Charlemagne Péralte’s Rebellion against U.S. Occupation of Haiti, 1915-1986. Last month, her book Haiti Fights Back: The Life and Legacy of Charlemagne Péralte was selected by one of The Times Literary Supplement contributors as their book of the year.

This interview has been edited for length and clarity.

In the introduction to your book, Haiti Fights Back, you write about the difference between the word “nationalist” and the Haitian Creole word nasyonalis. Could you explain what that difference is and how an academic’s understanding of Haiti could be impacted by this culturally nuanced take on national identity?

This is definitely such a key question. I kept using the word nasyonalis just because it’s been in the lexicon for Creole since the original revolution of 1791–1803. So I thought we were all on the same page, like nasyonalis means someone who loves their nation and will fight to the death for their nation. One of the series editors was like, “You know, given these times, nationalist has a different connotation. And if you think about the Hitler period and its ripple effects and legacy, nationalist can be seen as derogatory.” And I was like, “Oh crap, I need to make this very clear how Haitians and Black people and people of color utilize the word.” So nasyonalis means love of nation — willingness to die and sacrifice for your nation. It is citizen kinship, whether it’s your brother or sister, a willingness to die for them as well.