“Madan Sara” Tells the Story of Haitian Women Both Ordinary and Extraordinary, by Régine JEAN-CHARLES

Madan Sara is a film about the power of Black women in a global economy and their contributions that too often go unacknowledged. 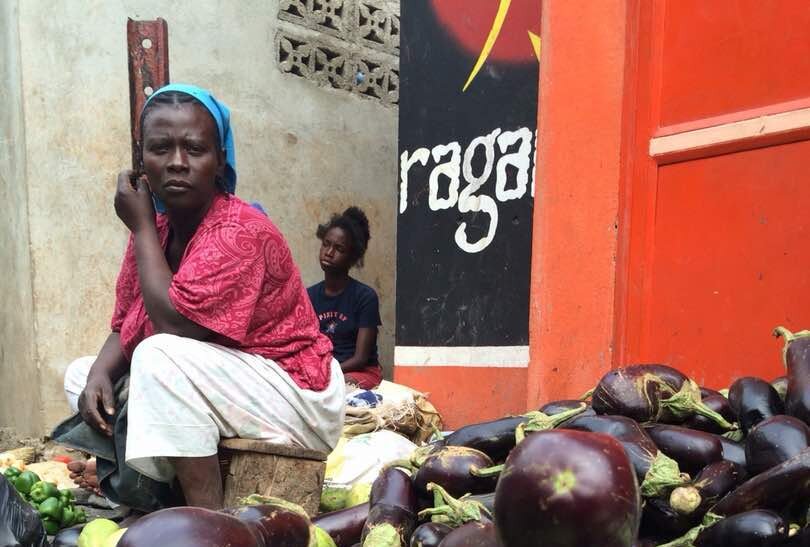 The new film Madan Sara begins and ends with writing by acclaimed writer and MacArthur “genius” Edwidge Danticat. Reading an excerpt from her first novel, Breath, Eyes, Memory translated into Kreyòl, Danticat recites in her trademark measured and melodious voice:

“There is a place where women live near trees that, blowing in the wind, sound like music … These women, they are fluttering lanterns on the hills, the fireflies in the night … There is always a place where women, like cardinal birds return to look at their own faces in stagnant bodies of water … Where women return to their children as butterflies … My mother was as brave as stars at dawn.”

Like the passage that introduces it, the documentary Madan Sara focuses on the lives of Haitian women who are simultaneously ordinary and extraordinary.

“To talk about Madan Sara is to talk about Haitian women,” according to the filmmaker Etant Dupain. As the film makes clear, it is also to talk about pressing issues like structural violence, government failures and resistance to neoliberalism that resonate throughout the Global South.

When I asked him about his vision, Dupain said he saw Madan Sara as a “different way to introduce people to Haiti.” He accomplished just that in a series of bright, stunning, visually captivating images that convey an atmosphere of abundance.

The ubiquitous poverty trope regularly used to describe Haiti is notably absent from the narrative. Instead, copious amounts of produce—piles of mangoes, loads of cabbage, bunches of bright orange carrots—are present in almost every shot, disabusing the viewer of the idea that Haiti is only a place of lack. The vibrant atmosphere of the marketplace infuses the film with energy as the beauty and fecundity of the land take center stage. Early in the film, a mouth-watering variety of produce appears, as if Dupain is inviting us to sit at an exquisite Haitian table of fruits and vegetables.