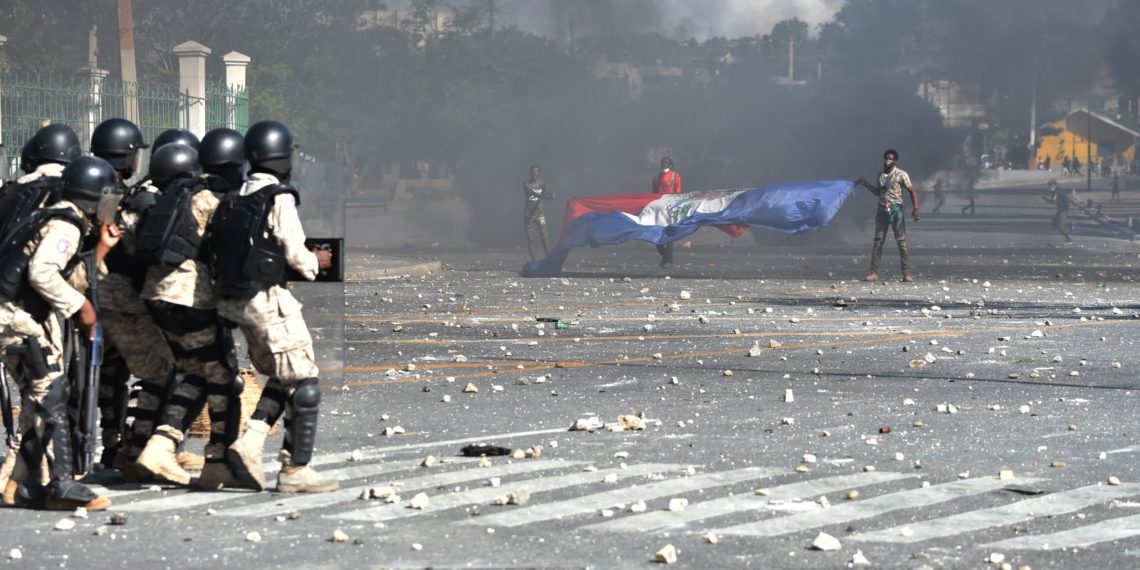 Haitian police have struggled to control street protests as demonstrators call for the president to resign over alleged misuse of public funds. Photo: Hector Retamal, AFP

The five heavily armed U.S. citizens who were arrested and then transported out of Haiti by the U.S. Embassy last week have been making headlines, but this account distracts from the real story. Instead of focusing on these individuals, the U.S. public should be paying attention to the White House’s highly asymmetrical responses to demonstrations in Haiti and Venezuela.

The inference that protestors in Venezuela are democracy seekers while those in Haiti are democracy destroyers exposes the U.S.’ favorite political institution as a lie. 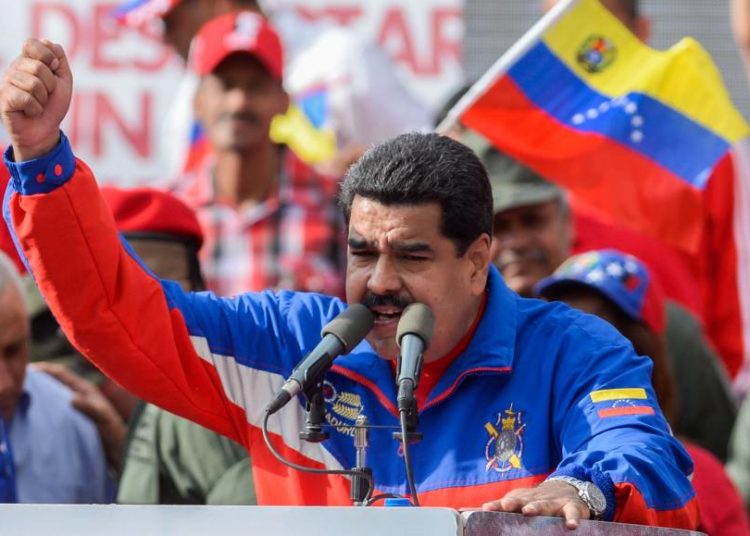 Fox News recently championed President Donald J. Trump when he expressed support for the Venezuelans calling for the immediate removal of President Nicolas Maduro. Maduro was elected to a second term in May 2018, but his opponents claimed that electoral corruption disqualified the results.

In contrast, despite similar accusations of unfair elections in Haiti, the U.S., as member of the Core Group – founded in 2004 to promote dialogue between Haiti and the international community – released a statement in light of the recent protests urging “respect” for the process that brought Jovenel Moise to the presidency:

“Reiterating the fact that in a democracy change must come through the ballot box, and not through violence, the Core Group urges the executive and legislative branches of power to collaborate for the electoral law and the 2018-2019 budget law to be adopted and promulgated as soon as possible. It is only through these actions that the elections scheduled by the Constitution for October 2019, can be held in a free, fair and transparent manner…”

While the Core Group’s ostensible aim is advising the Caribbean country how best to implement democracy, its above statement betrays the false assumption that the words “election” and “democracy” are interchangeable. It would be a grave error to simply assume that because there were elections in Haiti, the country now has a representative democracy.

Konpliman, Marlene! Much to ponder here. And it could be expanded to include the story about U.S. Secretary of State Clinton twisting the arm of the CEP to remove Celestin from the runoff in the 2010 election. This brought in not just Martely but also his party, which then ran the current president. The Nation published an analysis of the Moïse election. You can find it at https://www.thenation.com/article/amid-uprising-can-haitian-president-jo....

So, much U.S. meddling, even when the U.S. can't run clean elections. We also don't have a truly free press, which is another vital element of democracy. And then there's the manipulation of voting behavior vis-à-vis the likes of Cambridge Analytical. And the list goes on. Education in what democracy is really about is sorely needed.