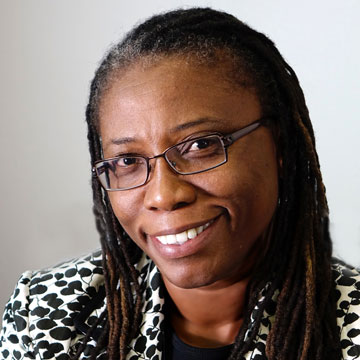 As a child in her native Haiti, Guerda Nicolas grew up hearing stories of how her country helped other Latin American countries eradicate slavery after Haiti had won its own independence in the first such rebellion of its kind. Haiti’s humanitarian gestures also extended to welcoming Jews who emigrated to the island as they escaped the Nazis during World War II.

She never forgot these lessons. In early August, Nicolas, a professor at the University of Miami School of Education and Human Development (SOEHD) and a noted clinical psychologist, was awarded the International Humanitarian Award by the American Psychological Association (APA).

“It was instilled in me that I had a larger civic duty to use my skills, knowledge and expertise beyond my home,” she said. “This award as a teacher, researcher, and practitioner from APA is a confirmation that such learned principles live on.”