Historians Are Mad at the New York Times, Again. Should They Be?, by Jonathan KATZ

Historians Are Mad at the New York Times, Again. Should They Be?

An ambitious project on Haiti and debt draws fire from the academy. 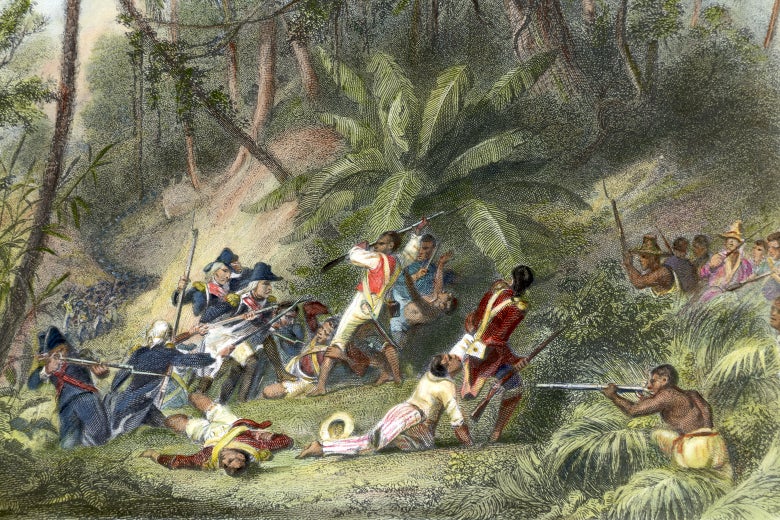 This article was adapted from Jonathan M. Katz’s newsletter, the Racket. Subscribe at theracket.news.

About a year ago, I got a message from my friend Matt Apuzzo, an old AP colleague who is now a big shot at the New York Times. He and his colleagues were working on a story about Haiti’s so-called independence debt—the massive ransom and loan the French extorted from Haiti in the decades after the Haitians bottés le cul français in their 1791–1803 revolution.

Apuzzo wanted my advice starting out. Actually, he really wanted the guidance of my wife, Claire Payton, who has a Ph.D. in Haitian history. As we told him, the broad outlines of that story—the French king’s gunpoint demand, the Haitians’ impossible choice between immiseration or reinvasion, the near-century it took to pay the debts off—are well known to anyone who knows anything about Haitian history. (I’ve written two books in my life so far, and talked about the debt in both of them.)

But Apuzzo and his colleague told us they were working on something new: an investigation that would detail exactly how much the French extracted from Haiti and where the money went. They also planned to dig into the predatory U.S. loan—and subsequent U.S. invasion, demanded by the bank that is now Citigroup—that came as a result.

That story finally dropped over the weekend. “Story” doesn’t really cover it: It’s a four-byline, five-article package with a paper insert in the Sunday edition, teased in a box that dominated the front page. It is, in other words, a News Event—almost certainly modeled on the epic success of the 1619 Project—as only the New York Times can attempt.