The Twitter hubbub over uncredited scholars is a sideshow. The real people who’ve suffered from the way we’ve covered Haiti are Haitians. 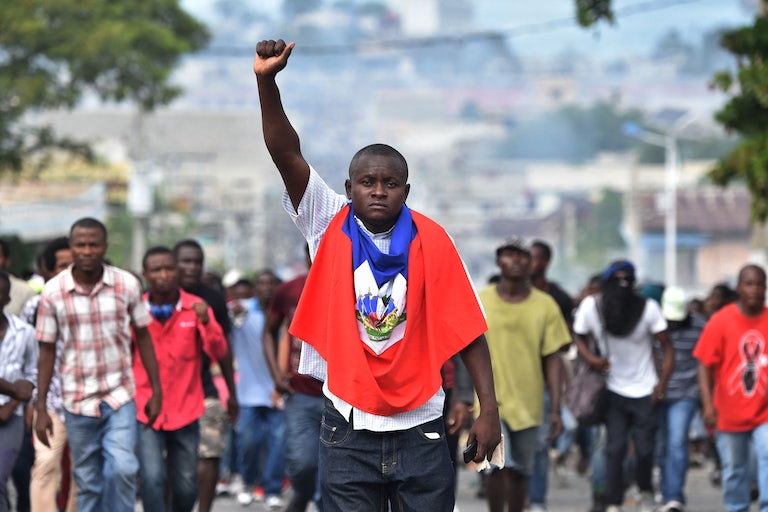 Demonstrators in Port-au-Prince, Haiti, in 2018

As long as I have been working on Haiti, I have been forced to respond to friends and acquaintances who come up to me and ask, in true concern, “Why is Haiti like that?” And for just as long, I’ve had to explain about the debt Haiti paid to France over almost its entire history as a free republic, and how that changed the course of Haitian history, destroyed the country’s young economy, and put it for more than a century on a much weaker footing compared to the rest of the countries of the Caribbean and Latin America.

For decades and longer, people who write and think about Haiti have been trying to convince the mainstream media to include Haitian history and its ramifications in their reports on Haiti. But this rarely happened. Not only did Haiti’s revolution and its torrid history with the slave-holding world go unmentioned in most news stories and features, but the effects of foreign policy on the country were also barely touched on, except when the United States, say, could crow about the fall of a dictator, aid for earthquake victims, or a successful democratic election. Indeed, in my long past with Haiti, I often saw mainstream reporters take their news approach directly from sources in the State Department, on the grounds, it seemed, that really, these were the people who knew. Instead of explaining the history behind it, the mantra on Haiti in news reports was simply “the poorest country in the Western hemisphere,” sans commentaire.