History Foundation: SEMINARS ON THE HISTORY OF TURKEY: FROM EMPIRE TO REPUBLIC

Since its establishment in 1991, the History Foundation has aimed to develop and nurture interest in history and now is reaching a wider audience. To achieve this goal and respond to the growing interest in history of Turkey, it has organized many activities for different social groups, such as lectures, workshops, and discussions with prominent scholars.

True to its goals, the History Foundation is launching a new series of seminars on the history of Turkey. The seminars will cover a wide range of topics on Turkey’s political, social, economic, and cultural history. The series aims to provide historical background and to highlight the role of its imperial heritage in understanding the pressing issues of contemporary Turkey.

Starting on the 12th of January, we cordially invite you to join us on Wednesday evenings for an online lecture and discussion on a specific topic in history. You will have a chance to discuss with and direct your questions to the leading experts in their fields. You can sign up for the whole series or for individual seminars of your own choice, and upon the participation of three seminars you will receive a documentation of your participation.  The fee for each seminar is 50 TL.

You can complete your payment by clicking on the link below

We are looking forward to seeing you with us in our new seminars.

SEMINARS ON THE HISTORY OF TURKEY: FROM EMPIRE TO REPUBLIC

The seminars will cover a wide range of topics on Turkey’s political, social, economic, and cultural history. The series aims to provide historical background and to highlight the role of its imperial heritage in understanding the pressing issues of contemporary Turkey.  Starting on the 12th of January, we cordially invite you to join us on Wednesday evenings for an online lecture and discussion on a specific topic in history. You will have a chance to discuss with and direct your questions to the leading experts in their fields.

Selim Deringil finished his doctoral studies at the University of East Anglia (1979). He began to teach at the Department of History at Boğaziçi University in the same year. He was a guest lecturer at various institutions in the US, France, England, and Hungary. His teaching and research interest cover The Ottoman Empire’s search for reciprocity in its relations with the European Powers from the 18th to the 20th century, the legitimation ideology of the Ottoman State in the 19th century, and conversion and apostasy in the Late Ottoman Empire. His books include Turkish Foreign Policy During the Second World War: An Active Neutrality (Cambridge University Press. Cambridge 1989); The Well Protected Domains. Ideology and the Legitimation of Power in the Ottoman Empire 1876-1909, (I.B Tauris Publishers, Oxford & New York, 1998); Simgeden Millete. II Abdülhamid’den Mustafa Kemal’e Devlet ve Millet [From Symbol to Nation. Abdulhamid II to Mustafa Kemal] (İletişim, 2009); Conversion and Apostasy in the Late Ottoman Empire (Cambridge UP, 2012); The Ottoman Twilight in the Arab Lands: Turkish Memoirs and Testimonies of the Great War (Academic Studies Press, 2019).

Selçuk Esenbel obtained her doctoral degree at Columbia University in Japanese History (1981). She works in the fields of Japanese-Ottoman comparative history and Korean and Chinese history. Esenbel is the founder and honorary director of the Asian Studies Center and the founder and advisor of the Confucius Institute at Bogazici University, academic coordinator of the master of arts in Asian Studies of Bogazici University, professor emeritus department of History of Bogazici University, member of the History Department Istanbul 29 Mayıs University, and the recipient of the Georg Forster Research Award for lifetime scientific contributions from the Humboldt Foundation in 2013. Her books include Japan on the Silk Road: Encounters and Perspectives of Politics and Culture in Eurasia, editor, and author, (Brill Japanese Studies Library, 2018); Japan, Turkey, and the World of Islam: Writings of Selcuk Esenbel (Brill Global Oriental, 2011); American-Turkish Encounters: Politics and Culture 1830-1989 (editor with N. B. Criss, L. Mazzari, T. Greenwood, Cambridge Scholars Publishing, 2011) The Rising Sun and the Turkish Crescent: New Perspectives on the History of Japanese Turkish Relations (with I. Chiharu, Bogazici University Press, 2003).

Şevket Pamuk obtained his Ph.D. degree in economics from the University of California, Berkeley (1978). He has since taught at various universities in Turkey and the United States, including Ankara, Pennsylvania, Villanova, Princeton, Middle East Technical, Michigan at Ann Arbor, Northwestern and beginning in 1994 at Bogaziçi (Bosphorus) University, Istanbul, as professor of Economics and Economic History.  Pamuk was Professor and Chair in Contemporary Turkish Studies at the London School of Economics and Political Science from 2008 through 2013. He was the president of the European Historical Economics Society,  the Asian Historical Economics Society, and co-editor of the European Review of Economic History. Pamuk is also the author of Turkey Between Democracy and Authoritarianism (with Y. Arat, Cambridge University Press, 2019); Uneven Centuries, Economic Development in Turkey since 1820 (Princeton University Press, 2018 – Book Prize in Middle Eastern Studies of the British Kuwait Friendship Society for the best book published in 2018 in Middle Eastern Studies); Turkey’s Economic History since 1820: Growth, Institutions, and Distribution (in Turkish -Türkiye Iş Bankasi Kultur Yayinlari, Istanbul, 2014). A Monetary History of the Ottoman Empire (Cambridge University Press, Cambridge, and New York, 2000); The Ottoman Empire and European Capitalism 1820–1913: Trade, Investment, and Production (Cambridge University Press, 1987).

09 February 19:00  Evren Balta – Turkey’s Relations With Russia – Past and Present

Evren Balta holds a Ph.D. in Political Science from The Graduate Center, CUNY (2007), is a professor of International Relations, and is the chair of the International Relations Department at Özyeğin University. Her research has been supported by the American Association for the University Women, Mellon Foundation, Bella Zeller Scholarship Trust Fund, the Scientific and Technological Research Council of Turkey, and the Fulbright Scholar Program. In 2018, she received the Distinguished Alumni Award of the Political Science Program at the CUNY-The Graduate Center. Balta is a senior scholar at Istanbul Policy Center, academic coordinator of the TÜSİAD’s Global Politics Forum and co-editor of International Relations Journal. Balta is the author of The American Passport in Turkey: National Citizenship in the Age of Transnationalism (with O Altan-Olcay, UPenn, 2020), Age of Uneasiness (İletisim Publications, 2019), and Global Security Complex (İletisim Publications, 2012). She is the editor of Neighbors with Suspicion: Dynamics of Turkish-Russian Relations (with G. Ozcan and B. Besgul, İletisim Publications, 2017); Introduction to Global Politics (Iletisim Publications, 2014) and Military, State and Politics in Turkey (with I. Akca, Bilgi University Publications, 2010).

Umut Azak holds a Ph.D. in Turkish Studies from Leiden University (2007). Azak continued her research as a visiting scholar at the International Institute for the Study of Islam in the Modern World (ISIM) in Leiden, Free University in Berlin (as a fellow of Forum Transregionale Studien), the Institute of Peace and Conflict Studies at Tokyo University of Foreign Studies, and the Centre for the Study of the Middle East, Indiana University, Bloomington. She taught at various universities in the Netherlands and Turkey. Azak currently works as an associate professor and is the chair of the International Relations Department at Okan University. Her articles have appeared in many journals such as Toplum ve Bilim, Turkish Policy Quarterly, Cogito, and Birikim. She is the author of Islam and Secularism in Turkey: Kemalism, Religion and the Nation State (I.B. Tauris, 2010).

Didem Danış is Associate Professor at Galatasaray University, Sociology Department, in Istanbul. She defended her doctoral thesis at EHESS in Paris (2008), in which she analyzed the social networks of Iraqi transit migrants in Istanbul. She has taught at various universities in France and Turkey and has been involved in several international research projects. She is the founder and director of the Association for Migration Research (GAR). Danış has several publications on migration policies, refugees, and urban issues in various journals such as International Migration, Urban Affairs Review, International Journal of Contemporary Iraqi Studies, Journal of Ethnic and Migration Studies, Toplum ve Bilim, and so on. She co-edited three books published in Turkish on migration issues: Sınır ve Sınırdışı: Türkiye’de Yabancılar, Göç ve Devlete Disiplinlerarası Bakışlar [Borders and Expulsion. Interdisciplinary Perspectives on Migration, Migrants and State in Turkey] (with İ. Soysüren, Notabene, Istanbul, 2014); Türkiye’den Fransa’ya Göç ve Göçmenlik Halleri [Beyond the Integration: Turkish Immigration in France] (with V. İrtiş, İstanbul Bilgi Universitesi Yay., 2008); Toplumsal Cinsiyet Perspektifinden Türkiye’de Göç Araştırmaları [Migration Research in Turkey from a Gender Perspective] (with K. Biehl, GAR Publications, 2020).

İsmet Akça obtained his Ph.D. degree in Political Science and International Relations from Boğaziçi University (2006). He taught as an assistant professor at the Department of Political Science and International Relations for ten years at Yıldız Technical University, Istanbul. He has published in different journals and books, both in English and Turkish, on the Turkish military’s economic activities, military interventions in Turkey, authoritarianism, neoliberalism, and the political sociology of Turkey. Akça was a consultant and nonresident scholar at the Carnegie Middle East Center in Beirut and is currently the director of Tarih Vakfı [History Foundation]. He co-edited Yeni Türkiye’ye Varan Yol: Neoliberal Hegomonyanın İnşaası [The Road to the New Turkey: The Construction of Neoliberal Hegemony] (with A. Bekmen and B. A. Özden, Iletişim, 2018), and Türkiye’de Ordu, Devlet ve Güvenlik Siyaseti [Military, State and Politics in Turkey] (with E. Balta, Bilgi University Publications, 2010).

Gülhan Balsoy received her Ph.D. in history from Binghamton University (2009). She is a professor of History at İstanbul Bilgi University. Her teaching and research interests cover the history of the late Ottoman Empire, women and gender, the social history of medicine, and labor history. Her research has been supported by Research Centre for Anatolian Civilizations, the Fritz Thyssen Foundation, and the Wissenschaftskolleg in Berlin. Balsoy was an editorial board member of the Journal of Ottoman and Turkish Studies (2018), Cogent Arts & Humanities (2016-2017), and Journal of Women’s History (2015). Her major publications include: “Gendering the Ottoman Labor History: The Cibali Régie Factory in the Early Twentieth Century” in International Review of Social History; “Ottoman Death Registers (Vefeyât Defterleri) and Recording Deaths in Istanbul, 1838-1839” in Middle Eastern Studies  (with Cihangir Gündoğdu); “The Solitary Female Refugees and the Widows’ Asylum (Kırmızı Kışla) in Late Nineteenth-Century Istanbul,” inJournal of the Ottoman and Turkish Studies Association; and  “Haseki Women’s Hospital and the Female Destitute of Nineteenth-Century Istanbul,” in Middle Eastern Studies. Balsoy is the author of The Politics of Reproduction in Ottoman Society, 1838–1900, (Routledge, 2013), and Kahraman Doktor İhtiyar Acuzeye Karşı: Geç Osmanlı Doğum Politikaları, (Can Yayinlari, 2015) (Turkish translation of The Politics of Reproduction in Ottoman Society, 1838–1900). Currently she is working on recovering the experiences of destitute women in late nineteenth century Ottoman towns and cities. 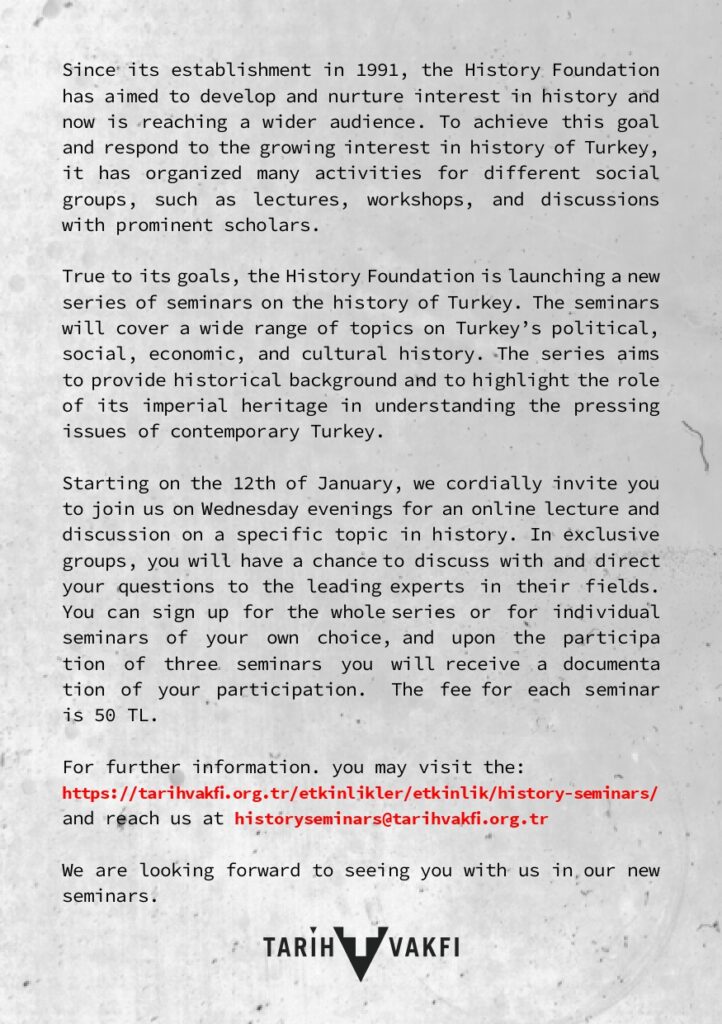 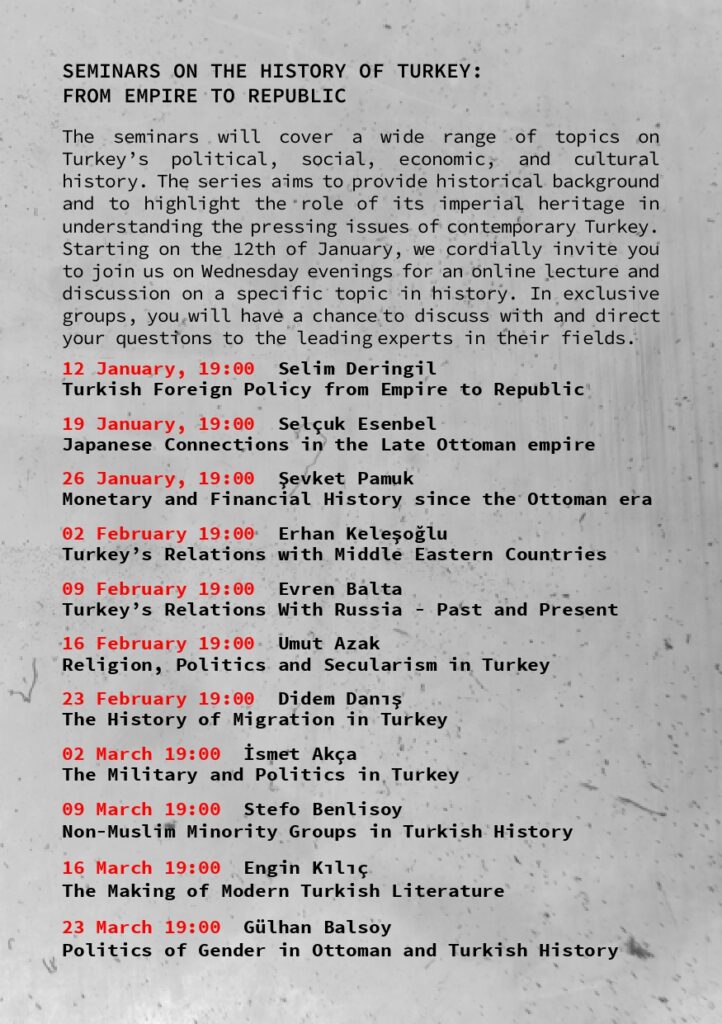